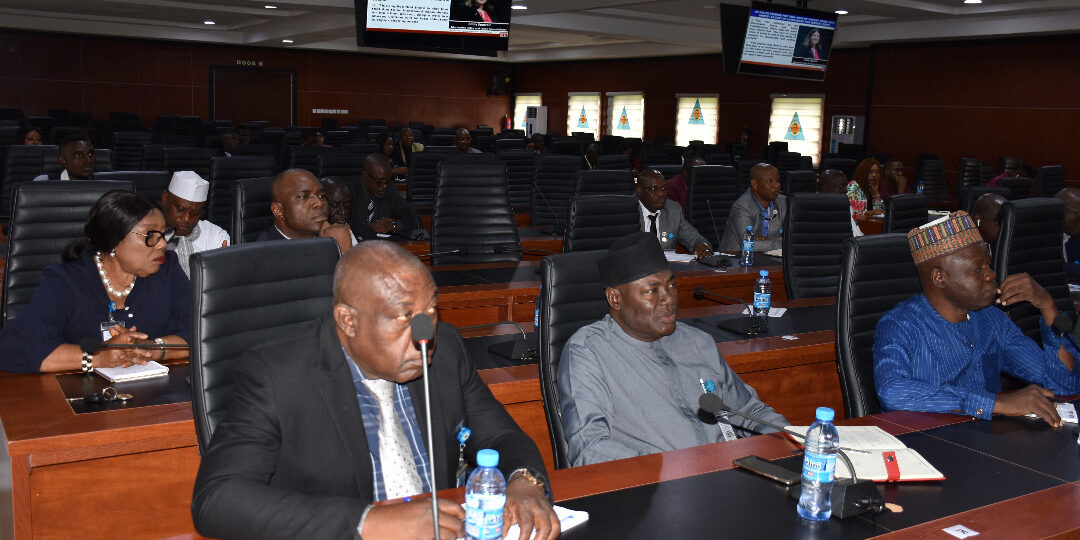 The first presentation was made by Major General AA Tarfa (Rtd), Subject Expert for Western Europe including UK. He discussed the rising inflation in the UK, its effects and the measures being adopted by the British Government to handle these challenges. The effects of the Russian-Ukraine war and the rising inflation across the world was discussed vis-a-vis the rising costs of living the world over. The need to address this problem particularly for the benefit of Nigerians was the focus of subsequent discussions.

The second presentation of the day was made by Brigadier General ASO Onilenla, Subject Expert for West Africa and the Gulf of Guinea. The presentation further expanded on discussions regarding the proliferation of Small Arms and Light Weapons (SALWs) as it was noted that about 138 unlicensed local gun manufacturers had been found in Sierra Leone. The factors that contribute to the increase of weapons within the regions was one of the major focuses of this presentation as Brigadier General ASO Onilenla further highlighted ways to arrest the trend and reduce the availability of weapons within the West African region and Nigeria where the majority of these weapons are found.

The third presentation was made by Brigadier General AA Adanogu, Subject Expert for United States. In his presentation, Brigadier General AA Adanogu discussed President Joe Biden’s new plans to forgive student loans. The educational sector was the focus of this presentation as he x-rayed the American tertiary education system and the role of the loan system in ensuring adequate education for interested students. The Nigerian educational system was also discussed and it was noted that this sector was in crisis. The myriads of problems within the sector were discussed and recommendations were made.

The fourth presentation was made by Major General LF Abdullahi, Subject Expert for Middle East. Major General LF Abdullahi discussed the recent attack on a military post in Yemen. Noting how Yemen had gradually spiralled into near all out conflict, the various causative factors were discussed and the similarity to Nigeria was noted. It was thereafter emphasized the need to address these early signals before they get out of control as is the case in Yemen.

The fifth presentation was made by Brigadier General OD Donibo, Subject Expert for the Indian Sub-Continent. Brigadier General OD Donibo’s presentation drew lessons from the Reserve Bank of India’s decision to crackdown on illegal loan apps in operation within the country. The discussions centred on the menace of these loan apps in India and also in Nigeria. The ways to address the indiscriminate behaviour of some while preserving the service was the main thrust of recommendations that followed.