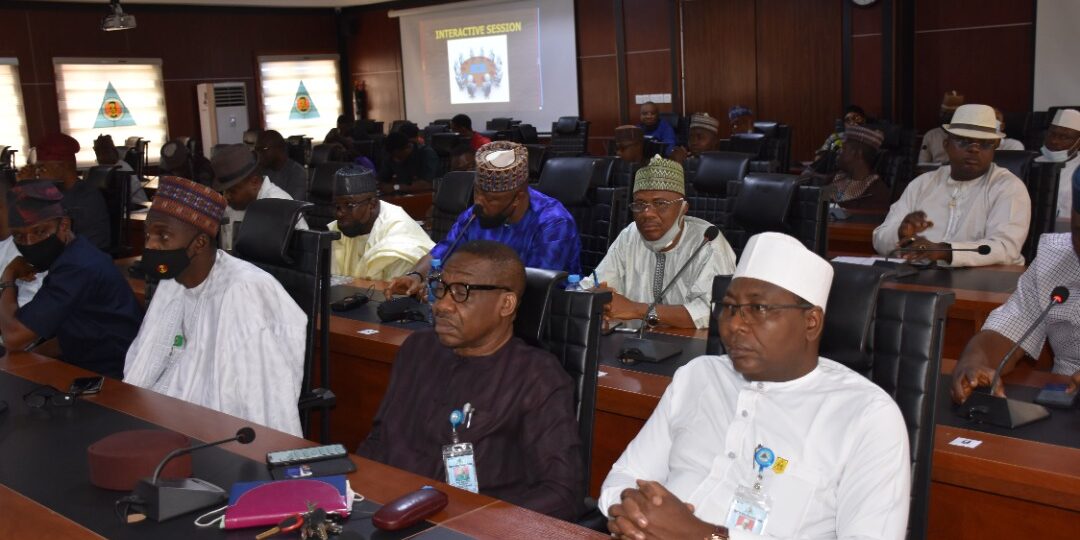 In continuation of the Nigerian Army Resource Centre (NARC) Weekly Briefing by Senior Research Fellows and Subject Experts, today, 21 March 2022 , there were six presentations at Hall B , TY Buratai Block of the Centre in Abuja. Presentations were made on the recent happenings in their areas of coverage and drew lessons for Nigeria while recommendations were made after which there was an interactive session.

First to present was Brigadier General OD Donibo, Subject Expert Central America. He briefed on the recent happenings in Central America and focused on Venezuela with the headline “Venezuela Frees two Jailed US Citizens After Talks with US” He made analyses on the situation pointing out lessons for Nigeria and suggesting ways forward.

Next to present was Major General AA Tarfa (Rtd). Subject Expert Western Europe including United Kingdom. He also highlighted the recent happenings in those areas with particular attention to two headlines – the “Belgian Agency Boots Rwandan Food and Drug Authority and the World Health Organisation Plans for Vaccine Production in Africa” In his analysis, he drew audience attention to the fact that, the World Health Organisation (WHO), in February 2022 identified six African countries which comprised of Egypt, Turkey, Kenya, Senegal, South Africa, Tunisia and Nigeria to get the instruments needed to manufacture mRNA Vaccine. The mRNA he said is used in producing COVID-19 Vaccines which the Belgian government is taking a leading research role. He further analysed the issues, and noted its implications for Nigeria, and made recommendations.

Brigadier General ASO Onilenla, Subject Expert South East Asia presented his brief on the latest happenings in the regions. In his analyses, focus was on the headline – “The Philippines Go to Polls on 9 May 2022”. Drawing similarities and differences in elections between Phillipines and Nigeria, he made analysis, lessons for Nigeria, and suggested the way forward.

Major General LF Abdullahi, Subject Expert Indian Sub-Continent also briefed on the current happenings in his areas of coverage. The headline- “India Needs to Play Bigger Role in New World Order Post-COVID” was the focal point of his brief. Delving deeper into this issue, he analysed how many countries of the world have made efforts in combating the dreaded COVID-19 pandemic. He also drew lessons for Nigeria and made recommendations

After that, Brigadier General COA Idowu, Subject Expert West Africa and Gulf of Guinea briefed on the latest happenings in the regions with focus on Mali and Gulf of Guinea. For Gulf of Guinea, he discussed the headline- “32 Nations Participating in the United States Africa Command Sponsored Exercise Obangame Express 22 in the Gulf of Guinea ” He drew analysis and lessons for Nigeria and made recommendations.

Last to present was Brigadier General AA Adanogu, Subject Expert for Middle East. He dwelled on the headline – ” Schools Heads Urge Parents to Bond with their Children as Schools Go On Two Weeks Holiday”. With the high moral decadence in the Nigerian schools, he drew analysis, pointed out lessons for Nigeria and suggested ways forward.

As it is customary at the Centre, before the commencement of the day’s briefing, the Acting Military Assistant (MA) to the Director General, Major SM Akinkunmi briefed the audience on the activities of the Centre. The brief was specifically for the new staff comprising of newly posted in officers and civilian staff. The aim of the briefing is to integrate them into the system and for them to know how the Centre operates. 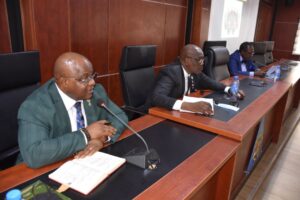 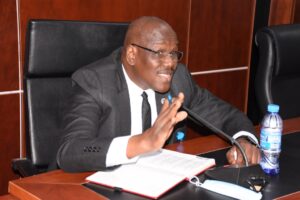 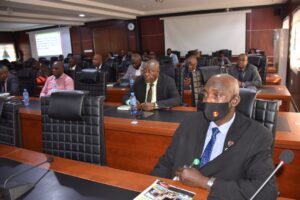 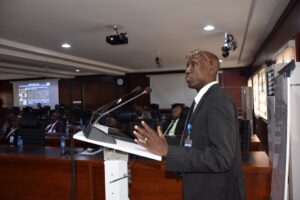 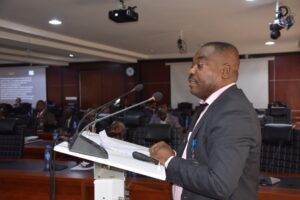 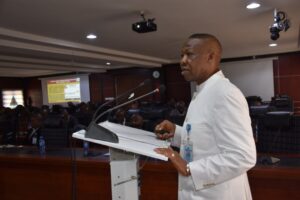 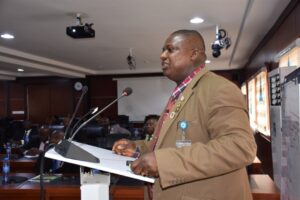 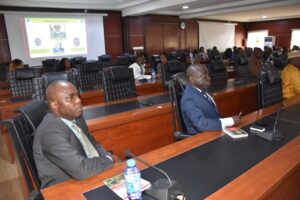 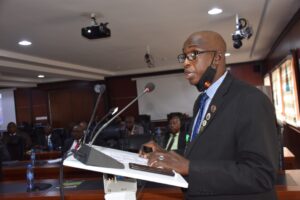 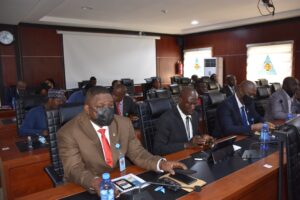 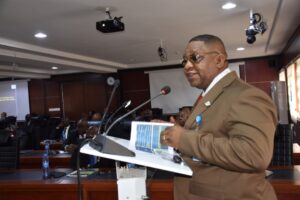 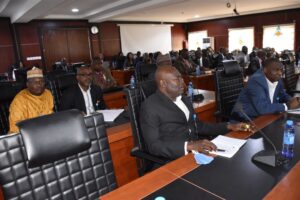 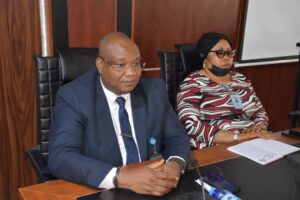 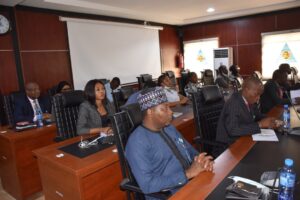 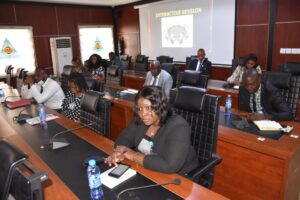