The President of the Organisation of Military Sports in Africa (OSMA) and Vice President International Military Sports Council (CISM) Major Gen Maikano Abdullahi has said that sports can be used to promote peace in the armed forces of Nigeria, Africa and the world at large.

The President OSMA in his remarks said that the aim of the visit was to seek possible areas of collaboration between OSMA and NARC by promoting peace in the armed forces of Nigeria, Africa and the world at large through sporting activities. The President OSMA was accompanied by the President of the International Military Sport Council (CISM), General Herve Piccirillo. General Herve Piccirillo noted that CISM IS an old Institution which was created in 1948 with 5 countries but has grown to be the largest with about 140 countries who are members and have common interests adding that the main purpose of establishing CISM is to contribute to the security of the world through Sports which also explains the motto of the Organisation to mean “Friendship through Sports”. He also said thst CISM is focused on team spirit, brotherhood and military core values.

The Acting Director General in his response said that NARC is ready and prepared to collaborate with OSMA/CISM because he believes that sports is a unifying factor that unites every race, religion and tribe. He also assured them that NARC is ready to support the armed forces and the Nigerian Army in particular in areas of capacity development and development of ideas. Major General Famadewa noted that every sports man must be deciplined and that has been the core value of the armed forces of Nigeria and assured them of NARC’s support where necessary. The high point of the event was the exchange of souvenirs. The event was well attended by some management staff of NARC and OSMA/CISM. 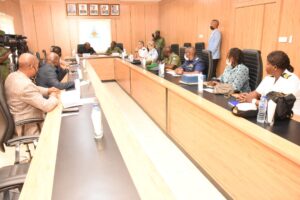 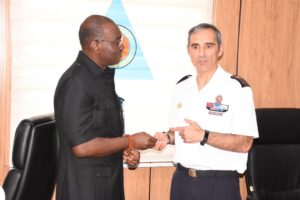 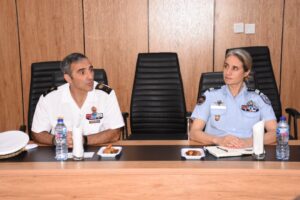 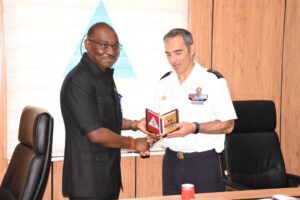 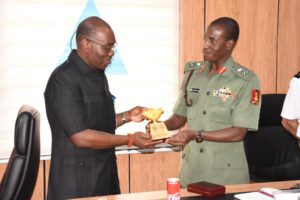 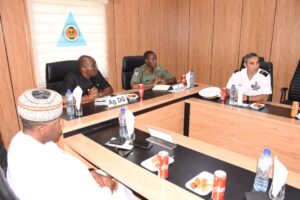