You are here:
PromotionSend Forth 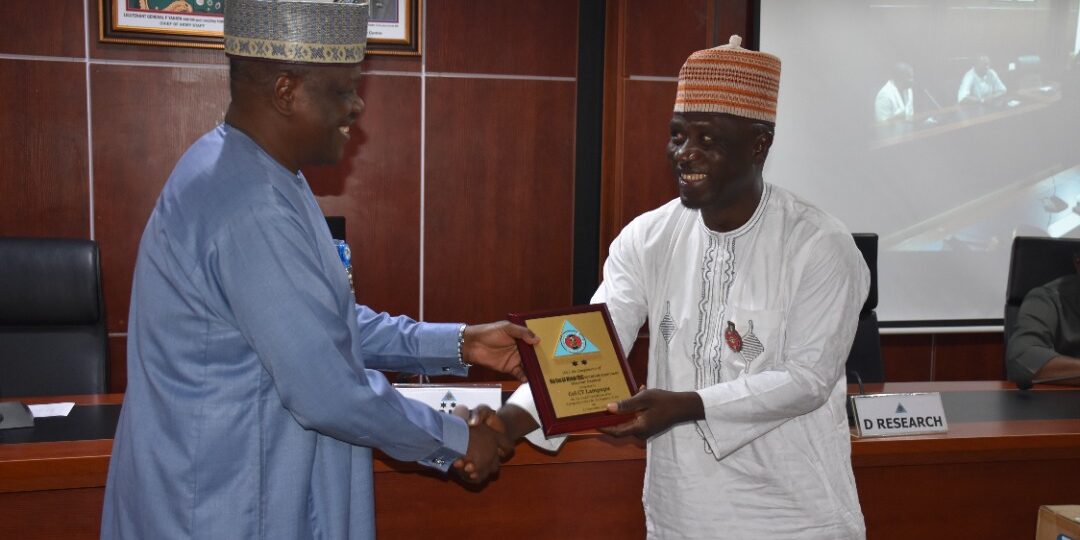 The Nigerian Army Resource Centre (NARC), today Thursday, 22 December 2022 organised a decoration and send-off in honour of some promoted and retiring senior officers. The ceremony took place at Hall B, TY Buratai Block of the Centre in Abuja.

The promoted senior officers who are also participants of Strategic Management and Policy Studies Course 5/2022 are: Colonel ED Edima and Colonel JA Ebu. They were promoted from the rank of Colonel to the rank of Brigadier General in the Nigerian Army and have since been decorated with their new badges of rank.

In his remarks to the newly decorated senior officers, the DG noted that the Army has recognised their efforts up to this moment and is a thing of joy to be recognised and promoted for what you have done. “We appreciate the Chief of Army Staff (COAS) for promoting you. Whatever responsibility you are tasked with, you must be ready to perform because, to whom much is given, much is expected, he said*.

The DG also thanked the retiring senior officers for their immense contributions and selfless service to the Nigerian Army, the Centre and the nation at large. “It is important to note that the most productive part of your life has been used to service the system but, you can still add value and make a change in the next face of your life. He advised retiring senior officers to engage themselves with something that will add value to them and not to allow their brain and faculty to collapse or shot down. This is because, the brain is like a computer, once you don’t engage it, it will showdown, he noted. He advised them to see their new life as a new beginning and something of joy and should appreciate God for keeping them alive.

The climax of the ceremony were the presentation of souvenirs and gift items to the senior officers by the DG as a mark of appreciation for their contributions and service to the Nigerian Army.