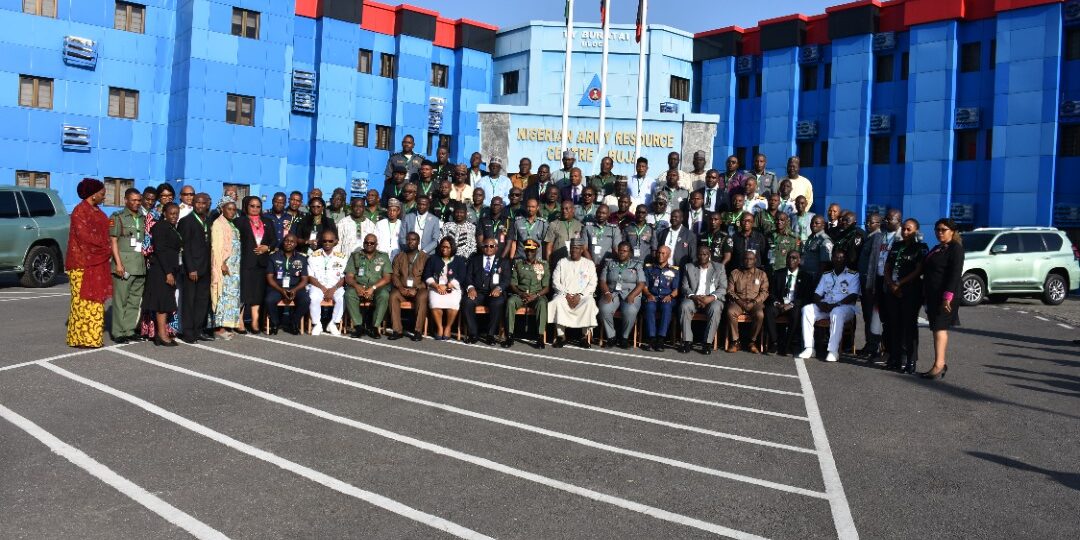 A former Chief of Army Staff and Minister of Interior, Lieutenant.General Abdulrahman Dambazzau says certain issues of security require good governance to solve. Dambazzau stated this during the opening ceremony of the 3-Day course on Leadership in National Security Course 5/2022 at the Nigerian Army Resource Centre (NARC) on Monday 19 December 2022 in Abuja.

The course was , organised by the Nigerian Army Resource Centre in collaboration with Peace Building Development Consult (PBDC), had participants drawn from the military, ministries, depaartments and agencies of government and the civil society organizations. Dambazzau said that, every nation depended on its security, adding that national security is about the security of the nation and everything in it. According to him, national security is not just about the protection of the sovereignty and territorial integrity of a state, but also about the well-being and security of the people. “It is not every security issue that we can solve with the use of force. There are certain issues of security that require just the application of conflict resolution mechanisms. There are certain issues of security that require just good governance like the issues of health, education, environment and so on, to tackle. So, once you get some of these issues right, you are bound to reduce violence within the society. You are bound to reduce criminality, violence and so on and so forth,” he said.

He also said that civilians have a lot of role to play in national security, adding that border security was also paramount in addressing national security. He called for the strengthening of all government institutions to be able to carry out their responsibilities effectively. He urged participants to show commitment to the course with a view to proffering solutions to some of the security problems being confronted by the nation.

Earlier in his welcome address, the Director General of the Centre, Major General Garba Ayodeji Wahab (Rtd), said the course was designed with the believe that solutions to Nigeria’s security problems would only come from within Nigerian environment. Wahab said there was the need for serious level of collaboration, cooperation and communication between security agencies to be able to understand each other. He challenged the participants to create network among themselves to be able to relate and communicate with others. Wahab said that tackling insecurity also required the collaboration of people at the grassroots. “You must find a way of relating with the average person on the street. That way, information, intelligence and definite aspect of what is happening can be given to you with that information. “Without intelligence from the rural community, from the local people, you can’t do anything and that is one of the things we are emphasising,” he said.