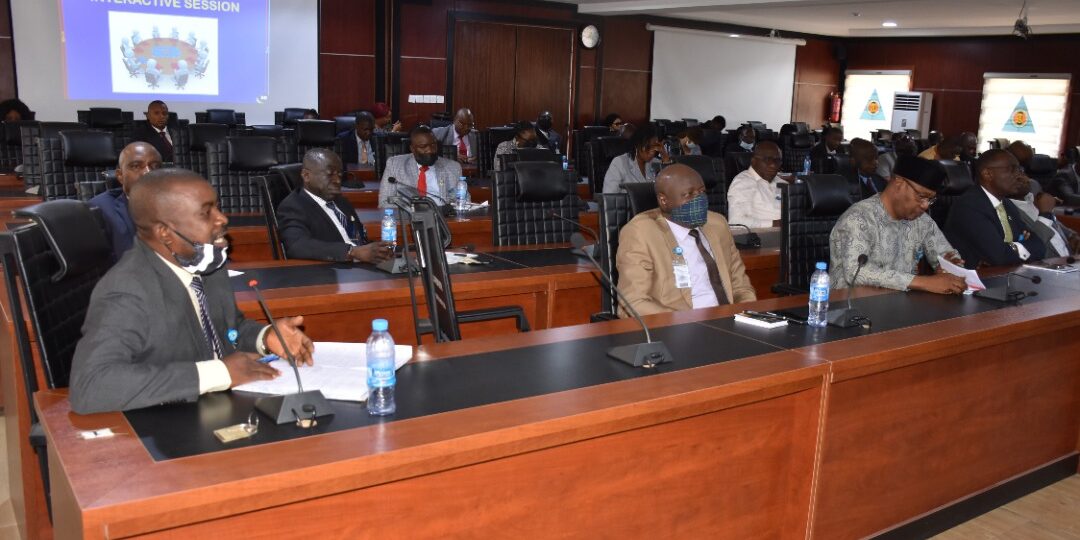 The first presentation was by Major General LF Abdullahi, Subject Expert on the Indian Sub-Continent and it was focused on employment. Drawing from the headline “Employment Situation to improve but remain below pre-pandemic levels in Bhutan” . Major General Abdullahi highlighted the major socio-economic and security implications that arise from the issue of unemployment. Reeling off a number of statistics to show the dire situation of employment within Nigeria, he made recommendations and proferred ways forward.

The second briefing was made by Major General AA Tarfa (Rtd), Subject Expert on Western Europe including United Kingdom. In this briefing, Major General Tarfa highlighted the rising scourge of illicit drugs and the menace it presents to the society. His presentation was anchored on the headline “Luxembourg Finding more Illegal Drugs Crossing Borders’. While the challenge of illicit drugs going through the nation was raised, other issues regarding local creation and use of these illegal substances as well as the general impact on society and overall security were dissected and solutions proffered.

Brigadier General ASO Onilenla, subject Expert for South East Asia was the third to present. With reference to the headline “Food Security: Malaysia Imposes Price Controls and Subsidies’ Brigadier General Onilenla highlighted the impending food crisis within Nigeria and the various ways in which this could impact the nation’s security. Furthermore, ways to improve the country’s food production mechanisms and increase production were also suggested.

The fourth presentation of the day was by Brigadier General AA Adanogu, Subject Expert on Middle East. This presentation was drawn from the headline ‘Waning US Interest in Saudi will compel Saudi Arabia to find other Security Partners”. This presentation dissected the implications of the US military posture for Saudi Arabia, the rest of the world and Nigeria in particular. Inferences were drawn and recommendations on how the Nigerian government should respond were also made.

The final presentation of the day was by Brigadier General COA Idowu, Subject Expert for West Africa and Gulf of Guinea. Focusing on the headline “Google Internet Cable Lands in Togo to Aid Fast Internet Connection”. Brigadier General Idowu highlighted the continuing developments in cyberspace and internet connectivity in Africa and in Nigeria in particular. Benefits of these developments were identified while the challenges, possible pitfalls and security concerns were equally pointed out and recommendations were made.
As is to be expected from such extensive presentations, the was robust discussion and the academia and other research fellows in the centre made contributions and clarifications on different areas drawn from the presentations.

Present at the briefing were the Executive Director Consult, NARC Major General JGK Myam, Director of Research, Professor CBN Ogbogbo and other management staff, Senior Research Fellows and Research Fellows, Consultants, senior officers, and other staff of the Centre. 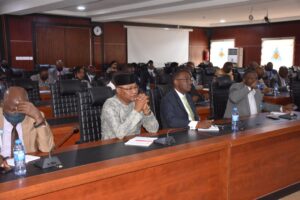 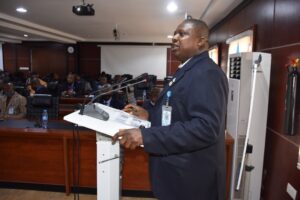 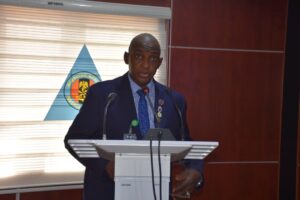 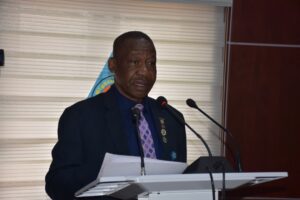 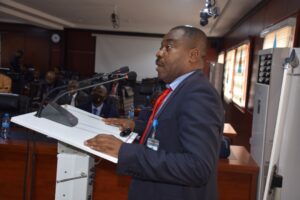 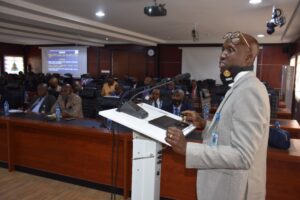 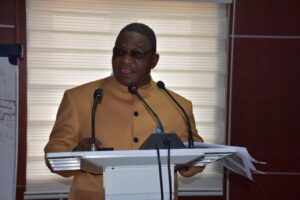 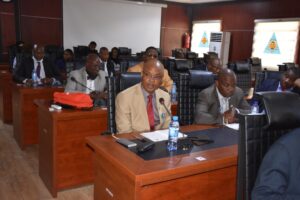 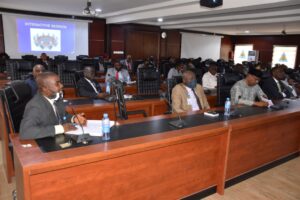 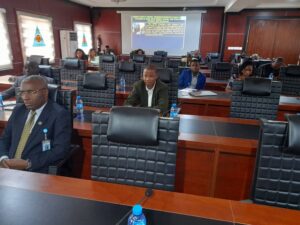 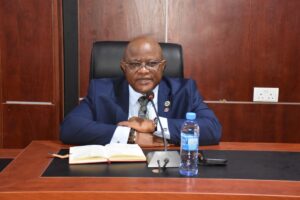 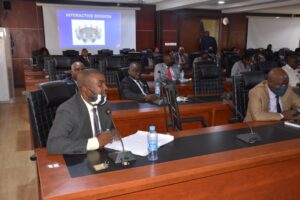