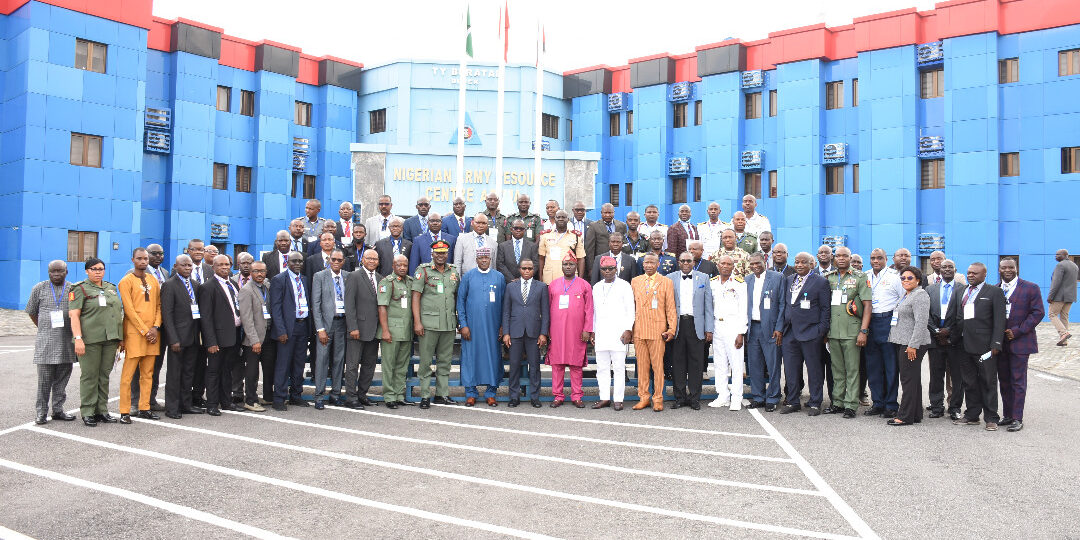 The Chief of Defence Staff (CDS), General Lucky Irabor, has said that the comprehensive approach employed in counterterrorism operations since 2015 has continued to degrade the threat of terrorism significantly.

General Irabor who was the Special Guest of Honour and keynote Speaker was represented by the Chief of Defence Training and Operations, Major General Adeyemi Yekini. He said, the multi-faceted security challenges confronting Nigeria could only be addressed through the same approach that would involve all segments of the society.

According to him, it is only through such an integrated approach that the circle of violence in the country can jointly be halted and create the enabling environment critical for sustainable peace and national development.

The Chief of Defence Staff said the Armed Forces of Nigeria (AFN) responded to Boko Haram threat by launching a CTCOIN operation which was largely kinetic, saying, the efforts did not yield the desired result at the initial stage due to the inability of troops to differentiate between counter-insurgency operation and the usual conventional warfare.

He said the armed forces had to adapt slowly to the conflict’s asymmetric nature to get to where it is today.

“As of September, over 80,000 erstwhile Boko Haram and ISWAP members and their families have so far surrendered to troops across the North-East Theatre. “On the other hand, thousands of IDPs have returned to their ancestral homes across Borno, Yobe and Adamawa States following successful clearance operations carried out by troops as well as the intensification of non-kinetic approaches by the AFN, supported by other security agencies and the locals.” Nonetheless, he admitted that Nigeria was yet to curb terrorism.

He said the threat to the environment globally and locally was dynamic and demanded constant reviews and espousal of proactive strategies to combat envisaged challenges.

“The threat outlook, therefore, demands a synergy of effort involving stakeholders across government and citizens in a whole of government and whole of society approaches to ensure national security. Our experiences as a nation combating insurgency and counterterrorism, Nigeria has come to realise that kinetic means alone is not sufficient to defeating the threat,” he said.

He said the security situation in the North-East and other parts of the country was gradually improving, adding that the recently conducted Independence Day parade in Borno after a long time indicated an improved situation.

The Director General, NARC, Major General Garba Ayodeji Wahab (Rtd) in his welcome address, said it was not only the responsibility of the military or other strategists to perform, adding that every Nigerian had a role to play.