You are here:
Graduation 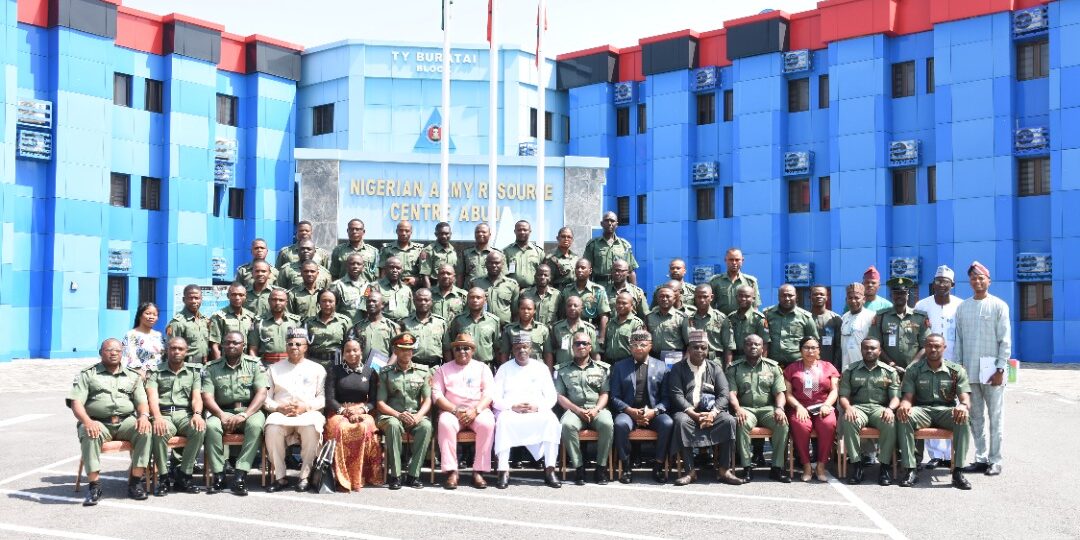 In his closing remarks, the Director General (DG) NARC, Major General Garba Wahab Retired, said that the course was designed for the personnel of the Nigerian Army due to the recent security challenges in the country.

According to him, the NARC is intended to give generic ideas and make sure that participants of the course start looking at issues critically and not depending on only their past experience but have the ability to look through issues in different ways and proffer solutions to at any level in the course of discharging their duties. He also noted that, by virtue of thier positions, the are all leaders and each and everyone one of them has a role to play either as an individual team leader or in a group, they must make thier contributions. Major General Wahab also commended the participants for their good conduct throughout the course. He adviced them to put what the have learnt during the course into practice while in the office or with thier families.

Earlier, while presenting the course highlights, the Programme Cordinator and Director Leadership Development Institute, Brigadier General Umar Aliyu said that the programme was targeted at improving the participants’ performance in discharging their duties effectively especially, leadership roles. He added that for two weeks, participants were taken through Mentorship, Entrepreneurship, Emotional Intelligence, Critical Thinking and Leadership. According to him, the course is aimed at equipping the middle junior cadre officers and soldiers with leadership skills and fundamentals especially, while operating as a leader in a crisis and in peace time.

One of the participants, and the course senior, Major Adams Ngbede who delivered the vote of thanks on behalf of the course commended the Centre for affording them the opportunity to participate in the course. He said the series of lectures received from the erudite Resource Persons have been very educative and informative. He added that the lectures have broaden their knowledge on leadership professionalism, military operations, and problem solving among others. Major Ngbede assured the Director General that the knowledge gained during the course will be adequately put to use. He also seized the opportunity to appreciate the Chief of Army Staff, Lieutenant General Faruk Yahaya, DG NARC and his Management Staff for a good reception and providing them a conducive environment for learning.

The high points of the ceremony was the presentation of certificates to the course participants.